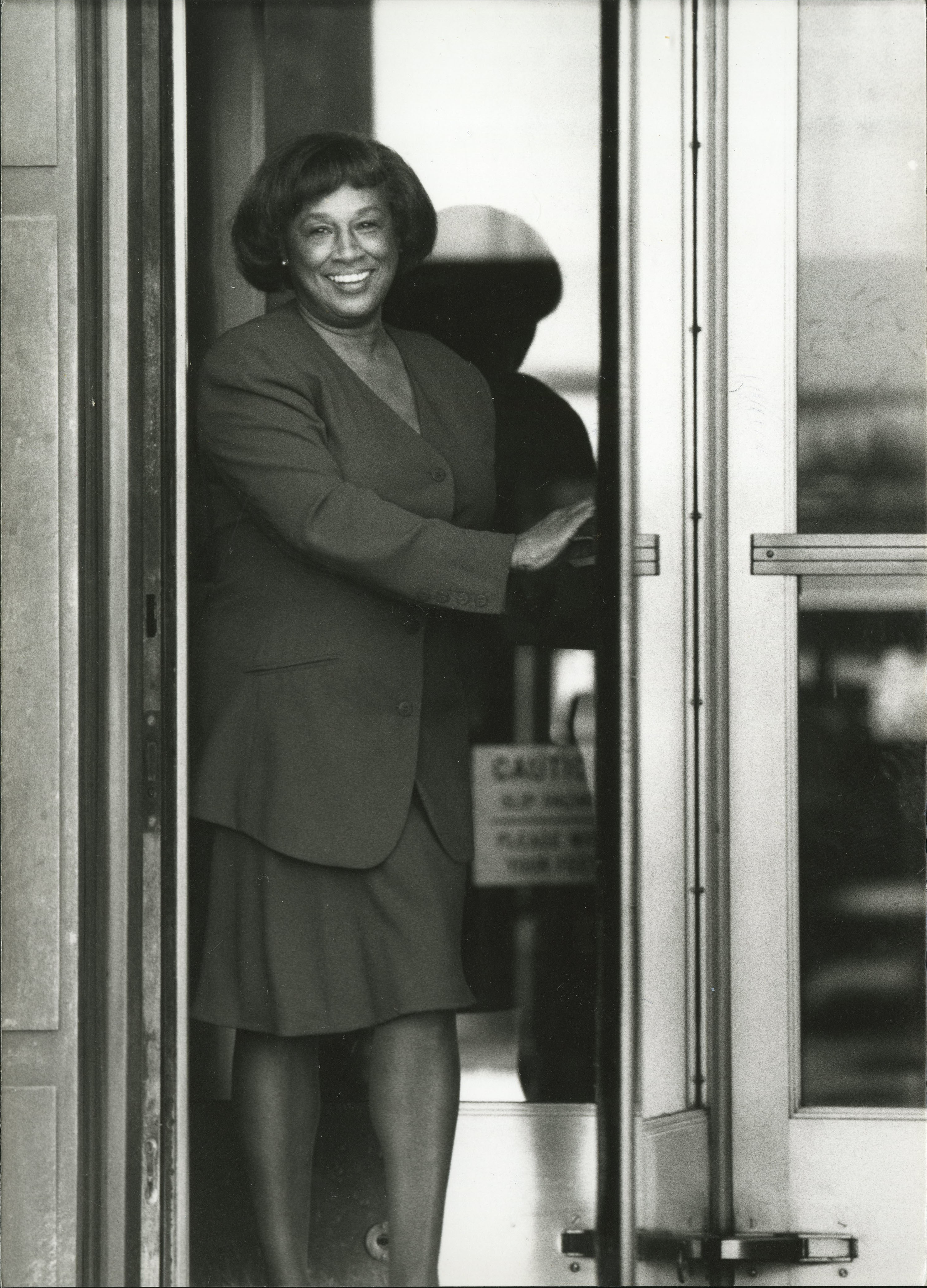 Born in Topeka, Kansas on April 15, 1937 to Forrest “Virgil” Jackson and Katherine Jackson, Winters was one of six children. The Jackson family settled in Portland, Oregon in the 1940s, where Winters attended Portland Public Schools and graduated from Jefferson High School. She later attended the Oregon State University Extension Program, focusing on Intergovernmental Relations.

After a stint in New York City, Winters returned to Oregon in 1959, passed the civil service exam, and got a job as a clerk typist at the University of Oregon Medical School. She subsequently held numerous positions in the public and private sector, eventually working for Governor Tom McCall in 1969 and was later appointed as Ombudsman by Governor Victor Atiyeh in 1979. In 1985, Winters started her barbeque restaurant business, Jackie’s Ribs, in Salem, Oregon, which eventually expanded to include multiple locations and franchises.

Upon her marriage to Marc P. “Ted” Winters on June 19, 1971, Winters settled in Salem, Oregon and was very active in the local community. She served on several boards throughout the years, including those of United Way, Western Oregon University, Chemeketa Community College, Goodwill Industries of Oregon, Salem Chamber of Commerce, and the Salem chapter of the NAACP, for which she served as president. For her work in the community, Winters received numerous recognitions and awards, including the City of Salem Distinguished Service Award twice and the Salem Area Chamber of Commerce First Citizen Award in 2018.

On May 29, 2019, Winters died of lung cancer in Salem, Oregon. Winters had four sons, Anthony, Marlon, Bill, and Brian McClain with her first husband, Willie L. McClain. With Ted, she had two step-children, Marc Andrew Winters and Theresa Flores. Winters also had eleven grandchildren and five great-grandchildren at the time of her passing.

This collection contains a limited, insider’s perspective of Senator Winters’ multiple terms in the legislature, as well as selected windows into her pre-legislative work and personal life. The bulk of the collection is made up of legislative records, which provide a glimpse of the inner workings of the legislative process. The correspondence, primarily from fellow legislators and constituents, as well as extensive press items, also provide contemporary context for Winters’ work and time in the state legislature. Additionally, the select materials regarding Winters’ pre-legislative work, especially the scrapbooks of photographs, correspondence, and press from the 1970s–1980s, emphasize the main areas of professional focus for Winters during that period. The limited pieces of personal documentation supplement these professional records to provide a more comprehensive picture of Winters, her professional efforts, and her personal interests.