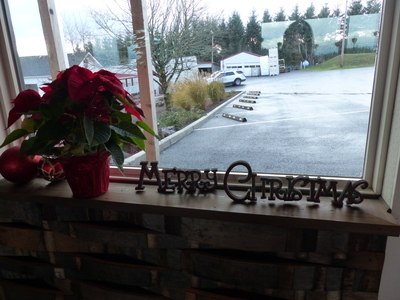 Christmas and holiday decorations make the tasting room at Brooks Winery & Tasting Room in Amity, Oregon look festive. This image was taken during an oral history interview with Don and Carolyn Byard on December 11, 2015. The Byards were interviewed by staff from the Linfield College Archives.