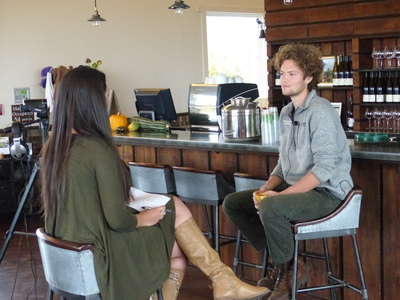 (left to right): Stephanie Hofmann (back to camera), Pascal Brooks