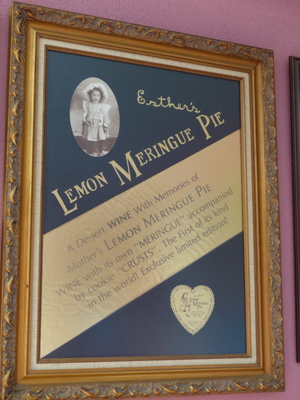 This photograph of an advertisement for a wine called Esther's Lemon Meringue Pie was taken during an oral history interview with Paul van der Veldt at Shallon Winery in Astoria, Oregon on March 30, 2017. van der Veldt was interviewed by Linfield College archivist Rich Schmidt.