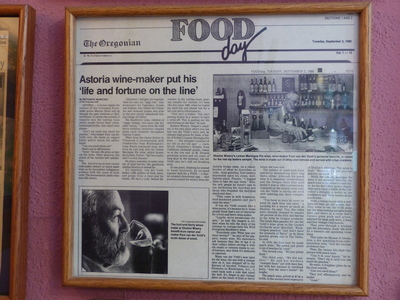 A framed September 2, 1986 news article from the Oregonian hangs on the wall at Shallon Winery in Astoria, Oregon. This photograph was taken during an oral history interview with Paul van der Veldt on March 30, 2017; van der Veldt was interviewed by Linfield College archivist Rich Schmidt.