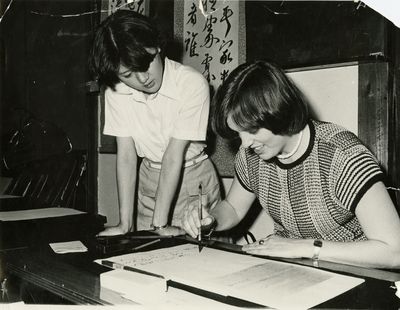 From its inception under President Charles Walker's administration, Linfield's International Programs offerings have grown to include study opportunities in 16 locations (as of 2015). Most Linfield students study abroad at least once during their undergraduate career.

Additional Files
LCAPhotos0156.tif (110545 kB)
This file is an archival copy for this image. It is significantly larger in size and will take longer to download than the access copy that is available via the Download Original icon.