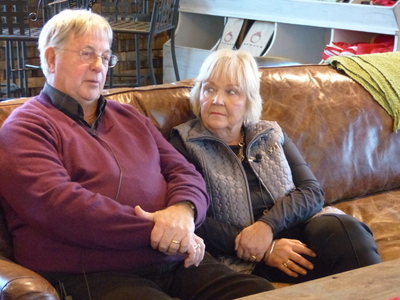 Don and Carolyn Byard are photographed during an oral history interview at Brooks Winery & Tasting Room in Amity, Oregon on December 11, 2015. The Byards were interviewed by staff from the Linfield College Archives.