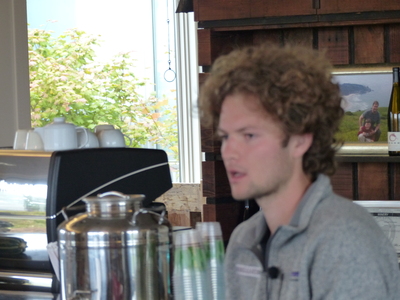 Pascal Brooks is photographed during an oral history interview at Brooks Winery in Amity, Oregon on September 25, 2017. Brooks was interviewed by Linfield College Archives staff Stephanie Hofmann. A photograph of Pascal with his late father, Jimi Brooks, hangs on the wall behind him.