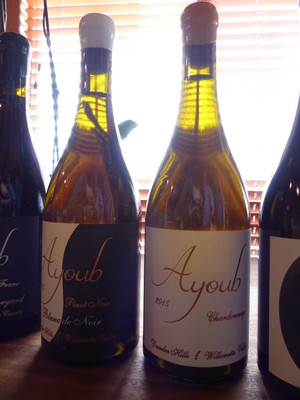 These bottles of Ayoub Wines from the 2015 vintage were photographed during an oral history interview with Mo Ayoub at Ayoub Wines in Dundee, Oregon on April 4, 2017. Ayoub was interviewed by Linfield College archivist Rich Schmidt.