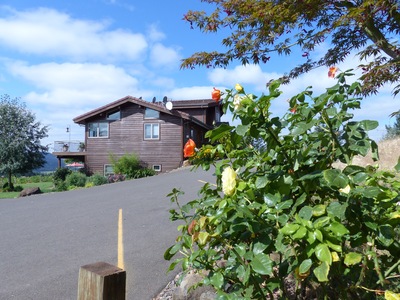 Roses bloom alongside the drive leading up to the Hagge house at Vidon Vineyard in Newberg, Oregon. This image was taken during an oral history interview with Don Hagge on August 3, 2016. Hagge was interviewed by Linfield College Archives staff Rich Schmidt; also in attendance were Linfield College archivist Rachael Cristine Woody and student Shelby Cook.