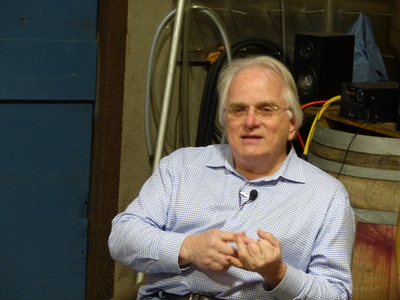 Harry Peterson-Nedry is photographed during an oral history interview at Chehalem Winery in Newberg, Oregon on April 15, 2016. Harry and his daughter Wynne Peterson-Nedry were interviewed by Linfield College Archives staff Rich Schmidt and student Camille Weber.