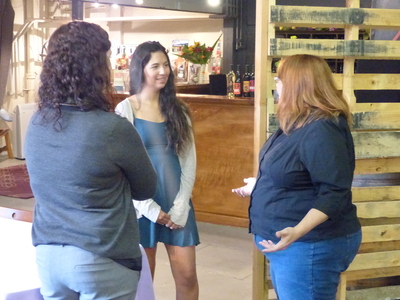 Laurie Lewis is photographed during an oral history interview at Hip Chicks do Wine in Portland, Oregon on June 14, 2016. Lewis and Renee Neely were interviewed by Linfield College archivist Rachael Cristine Woody and student Stephanie Hofmann.

Renee Neely and Laurie Lewis are co-owners and co-winemakers at Hip Chicks do Wine, founded in 1999.