Home > Libraries > Archives > In Their Own Words > Interview Photos > 3 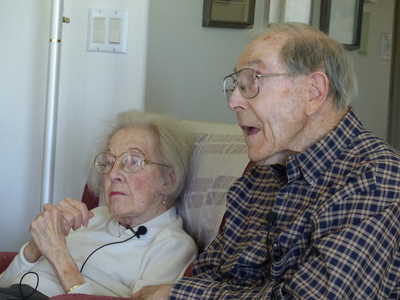 Marjorie Hunderup listens intently during an oral history interview with the Linfield College Archives as her husband, Jack, recalls their time together at Linfield College.